The Burmese Python is an invasive species that has thrived in South Florida. Their presence has drastically changed the biodiversity in the Everglades within just a few short decades, and there is now more reason to try and control their population.

The Burmese Python is recognized as one of the largest snakes in the world. They have the capability to grow longer than 23 feet and reach a mass of up to 200 pounds. These apex predators, who are native to Southeast Asia, are now infesting the warm Florida Everglades as an invasive species. Their introduction to South Florida has caused several problems for other animals and is slowly becoming a growing concern for humans alike.

The origins of the Burmese Python is relatively unknown, but it was likely introduced sometime between the 1970’s and the 1990’s during their peak in the Exotic Pet Trade. During this time, Florida had an abundance of Burmese Pythons that were being bought by exotic pet owners. The likely scenario was that these pythons would grow too big and/or become to expensive for the owners to keep, causing them to be released in rivers, swamps, and woods. By the mid-1990’s, sightings of the snakes were becoming more frequent, and by the early 2000’s it became evident that the Burmese Pythons had established themselves in the Everglades National Park. This lead to their federal ban in January of 2012 after a decades worth of research revealed the negative impact they were having in the area.

There are some who believe that it was hurricane Andrew’s doing in 1992, when a snake importer’s warehouse was destroyed and over a thousand snakes escaped into the wild. However, using survey data from 1995 through 2008, a team of researchers were able to determine that the Burmese Python had been introduced prior to 1985 by factoring in their reproduction and survival rate, then working backwards. It was probably a combination of both incidents which contributed to the Burmese Python dilemma that is present in the Florida Everglades.

Obtaining a near accurate number for the current population of Burmese Pythons in the Everglades is often a difficult task. Estimates range from as little as 30,000 to as many as 300,000. The noticeably large gap, in part, is due to their stealth like nature. They are masters in the art of camouflage despite their large size. To put it into perspective, several agencies and organizations pay hunters to track and eliminate pythons in the Everglades, yet the efforts have been deemed unsuccessful because the number of kills usually result in the low double digits per month.

In 2013, Florida issued it’s first “python challenge”, and between 1600 contestants, only 68 pythons were killed over the course of a month . To make matters worse, many of the participants reported that they never even laid eyes on a python through the entirety of the contest. A group of U.S. Geological Survey scientists can attest to this struggle when they failed to find a Burmese Python that they had previously caught, microchipped, and released. As the team went searching for it, their tracking device led them to the location where the python was supposed to be. They stood there in the hot sun looking around for it, gadget beeping, without any sign of the python. Eventually, one of the members spotted the python coiled up underneath the bushes and palms that were right in front of her. They claimed that they would never have found it if it wasn’t for the tracker.

Everglades National Park serves as the perfect location for the flourishing of the pythons. It has a variety of environments that work to the snake’s benefit by shielding it from sensor technologies that are being developed to spot them. Currently, infrared cameras are the main tool used when hunters and scientist go searching for them, but they are not very effective since they are cold-blooded animals. The University of Central Florida and University of Florida are working together on developing inexpensive methods to spot the pythons. However, the diversity in plant life and terrain, temperature, cloud cover, and moon phases are common challenges posed by the Everglades, making it difficult to create any one device that will function in all the different environmental conditions. Experts believe that the development and use of multiple sensor technologies will be required to find the pythons that are inhabiting the Everglades.

Until recently, it was thought that the spread of the Burmese Python into northern parts of Florida was unlikely because they were not adapted to survive in lower temperatures. It was even recorded that half of the population was wiped out by Florida’s 2010 cold snap. However, it is now thought that the pythons are more adaptable than what scientists had given them credit for.  Recent research has revealed that ecological pressures are causing the Burmese Pythons in Florida to undergo rapid changes in their genes. According to the researchers, these changes are associated with thermosensation, behavior, and physiology.

The Burmese Python is adapted to undergoing long fasting periods to coincide with the seasonal availability of food that they would normally be subjected to in their native environment. They accomplish this by upregulating and downregulating their metabolism and changing the size of their organs within 48 hours after consuming a meal. These pythons have the ability to increase the size of their hearts, small intestines, livers, and kidneys anywhere from 40 to 100 percent as well as dramatically boost their metabolism 40-fold. The abundance in prey that Florida provides means that they no longer need to go long periods of fasting should they choose, and it seems that provided there is plenty of food available that they will continue to eat. This change in behavior, combined with other ecological pressures, is causing the pythons to evolve rapidly. The researchers were able to find many changes in specific genomic areas that were related to thermoregulation, suggesting that they are quickly becoming more adapted to cold temperatures. As of now, they have already been reported swimming in the Florida Keys, but this leads to the fear that they may begin to spread farther north into the big cities and even make their way into parts of Georgia. ​

The issue with having the Burmese Python within close proximity to the cities is that they will be a threat to children, pets, and other wild life. They have the strength and capability to easily strangle a human and devour them once they are fully matured. These pythons are diet generalists who can and will eat any animal, provided the opportunity presents itself. Even the American Alligator has been seen to occasionally fall prey to these snakes.

Since the python’s establishment in the Everglades the mammalian and bird populations have declined significantly, some by as many as 99 percent. A few of the animals that they prey on include rodents, raccoons, rabbits, and foxes, but they will also prey on larger animals such as the white-tailed deer, pigs, and goats. Their presence is affecting the entire biodiversity of Florida wildlife, especially when they prey on species that are protected due to their endangered status.

Many efforts have been put into controlling the population of the Burmese Python. While they have been mostly ineffective, it is crucial that many organizations continue to work on ways to eliminate the threat they pose to the Florida ecosystem. However, due to their high reproduction rate (up to 108 eggs every other year) and their stealth nature, ridding the Everglades of this destructive species has proven a much difficult task for all the participating players. 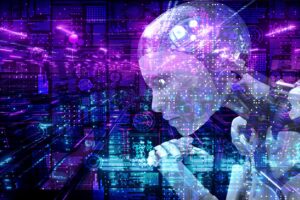